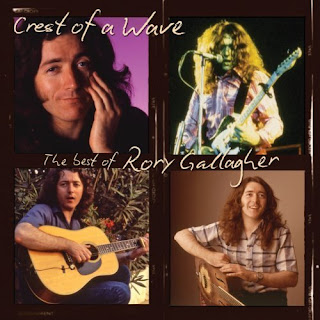 I'm not a fan of compilation CDs or DVDs whether the artistic form is rock, blues, or classical music. It brings out the worse in those involved in the music business: record companies, managers and marketers. In essence, everyone except the artists who created and recorded the music in the first instance. This is not the first compilation to be made using Rory Gallagher's name or 'brand'.

This current double disc highlights Rory's tremendous musicianship, outstanding guitar playing and artistic passion. In the music business these attributes do not always equate with happiness and success. Rory was a cult hero to his fans. In fact, Rory attracted extraordinary affection and warmth; a mutual bond with his audience which few musicians attain throughout their career. While Rory always pushed himself to the limit on stage, I believe he never reached the pinnacle of success he sought, or deserved. It takes a rare talent, courage and extreme energy to create the music, sing the songs, play the guitar, and to be the main focus of a band over decades. 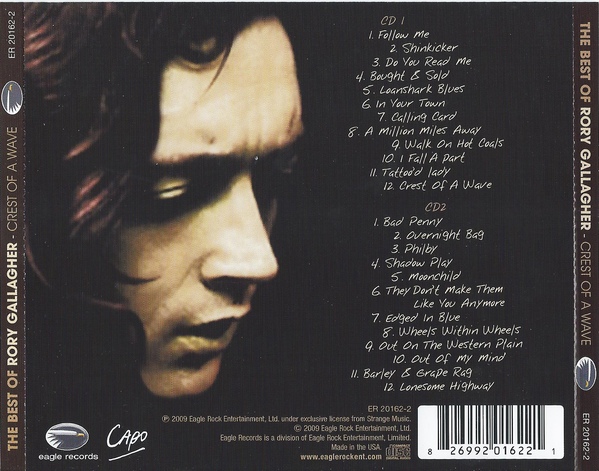 I'm thankful that Rory received a degree of success. It must be hard to survive in the music business without moments of despair, and the mental and physical exhaustion that comes with creativity and the pressure of live performance.


It's great for Rory's many fans that the Internet exists. Sites such as YouTube and Rory Gallagher's official website enable individuals to share footage of Rory and Taste in concert. New listeners can explore Rory's outstanding musical talent on videos posted by his many fans worldwide. The live performances capture a phenomenal guitar player who was truly inspired on stage. And who took his audience with him to indescribable heights of elation during each concert.

Posted by Ronnie Kerrigan at 00:54