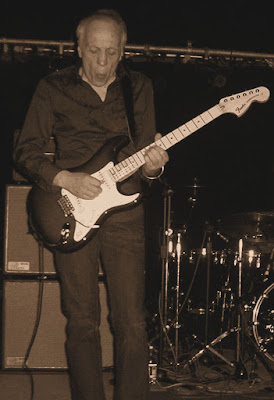 It is obvious by tonight’s gig that Robin Trower possesses a rare power and spirit that has not been diminished by his long musical career. His music and playing continues to have an indefinable purity – it blends blues, soul, funk, R&B, jazz, etc., with a passion and fire other musicians only possess in their dreams.

Over the course of the show, backed by Pete Thompson (drums), Davey Pattison (vocals) and Glenn Letsch (bass) Robin took himself, and the audience, on an emotional voyage of ecstasy, blissfulness, serenity, cool and just rolling with it; sometimes going from a whisper to a storm-force howl in an instant. I believe Robin and his management must now be aware a strong fan base exists in the UK that appreciates his great songs, great playing, and consider him to be one of the finest musicians to originate from England.


The sound mix was not the RTB’s friend at the start, but the flames of the opening "Twice Removed From Yesterday" was enough to ignite the audience. Davey Pattison has an impressive set of lungs (believed to be stored in a bank vault in Glasgow) but it’s a shame the sound quality and mix let him down – during the earlier parts of the set his voice, and also the rhythm section, were completely buried by the sheer volume of Robin’s guitar. 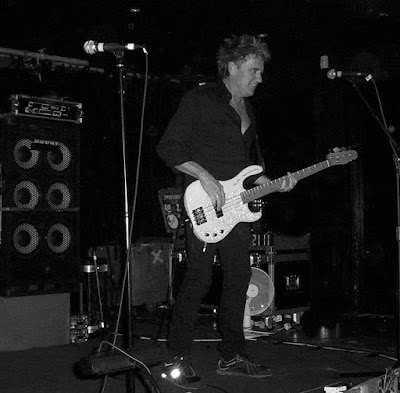 When Davey performed on the slow songs his quality shone through: ‘For Earth Below’, ‘Bridge Of Sighs’ and ‘Another Time, Another Place’. The expressive rhythm section of Pete Thompson (drums) and Glenn Letsch (bass) are proving more dynamic as the tour progresses and, on occasions, were so tight it was evident they were inspiring Robin’s guitar playing to greater heights of passion, soulfulness and intensity. He seemed to be pushing it as far as it could go – visible by his facial expressions and fervour.Although Glenn was experiencing difficulty now and then hearing his bass in the mix he provided some superb bass lines, especially the central section of ‘Hannah’, ‘The Fool and Me’, ‘No Time’ and ‘Gonna Be More Suspicious’ - the swing of the rhythm section made you wish these songs would go on forever.

Robin’s guitar tone and expressive, melodic licks and phrasing were outstanding during ‘No Time’, ‘The Fool And Me’, ‘Rise Up Like The Sun’, ‘Gonna Be More Suspicious’ and ‘Bridge of Sighs’. I closed my eyes a few times to listen solely to the music – spontaneous, yet ephemeral. Yes, it was L-O-U-D and the venue was hot, and sometimes you had to clench your teeth, but it was still an amazing gig. Thanks to Robin, Davey, Pete and Glenn & Laurie (road manager) for putting on a great show. Nice talking to you all after the show and also Dave from Derby who was transfixed by the music and musicianship he had witnessed.Me? – I headed back to the hotel, drained, but refreshed, if that’s not too paradoxical to imagine? 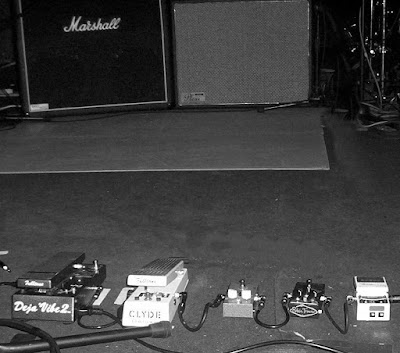 Setlist: Twice Removed From Yesterday, Shame The Devil, For Earth Below, No Time, The Fool And Me, Roads To Freedom, Islands, Day Of The Eagle, Bridge Of Sighs, Rise Up Like The Sun, Victims Of The Fury, Gonna Be More Suspicious, Hannah, Little Bit Of Sympathy, Too Rolling Stoned,Go My Way Another Time Another Place,
Posted by Ronnie Kerrigan at 01:51