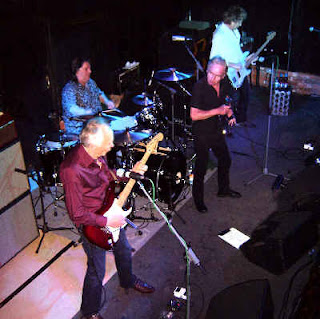 Sentimentality, or nostalgia, does not bring me back to listen to Robin Trower’s music or to witness his ‘live’ performances – it is his art, humility - and, above all, it is one of the joys in life. My brother, John, and I flew in from Belfast on the day of the concert.

The Brook is a great venue to see and hear a band.Tonight it was evident the sound system and stage monitors were operating at optimum level; the vocals and individual instruments were well balanced (Laurie Brace at the sound desk deserves praise). The venue was filled to capacity and tonight there was a wealth of smiles, shaking heads and clapping hands - and that was before the music started – must be the water in Portswood!

Robin's playing and soloing, the band - Pete, Glenn and Davey - the fans, the venue, and staff all contributed to one of the best concerts I've attended. After the Paris gig I thought the dizzy heights the band reached that night would not be attained again on this tour – I was, thankfully, mistaken. The RTB were given a great, warm welcome when they arrived on stage, and from the sound of Twice Removed From Yesterday you knew it was going to be an exceptional night. The whole band seemed to be in great spirits; each number in the set was played with enthusiasm and zest.

Robin played like only a virtuoso can, accompanied by an excellent band that generated warmth and intensity. I believe when Huddie William Leadbetter “Leadbelly” said “No white man ever had the blues” he was mistaken. Robin is a blues guitarist of the highest calibre, capable of creating music that touches your soul - most fans tonight, I’m sure, felt totally connected to the music. Performances this magical never leave the memory. Pete and Glenn provided a superb rhythm section for Robin to fly above with his solos. Tonight Davey’s vocals could be heard clearly and were great on Shame the Devil, Day of the Eagle, No Time and For Earth Below. Robin seems to be playing with greater zeal during the solos on this tour – how he achieves it at 63 is beyond me? – long may it continue.

The vibe and soloing during The Fool And Me, No Time and Rise Up Like The Sun was exceptional. A welcoming cheer and clapping always accompanies the trill at the beginning of Bridge of Sighs – tonight it is a roar. The band and the crowd are as one. Robin’s playing is so spontaneous; he just feels the vibe and goes with it. During the solo he indicated to the band to take it up a notch and he began to make his guitar wail for a few minutes gradually falling to a whisper - enthralling.

While it’s great to listen to the studio version, or one of the numerous recorded live versions, nothing beats hearing this song played live when you are there. I believe it only truly exists each time Robin plays it – when the sound is hitting you from the stage, and Robin is completely lost in his art. To me great music and guitar playing – as evidenced tonight - provides release from conscious thought, engenders tranquility, and has a wonderful therapeutic value.

Thanks to Robin, Pete, Davey and Glenn for a truly riveting concert. Also, thanks for enhancing the evening after the performance by your friendliness. It was the icing on the cake. Also, Laurie for being Laurie. Some great photographs and memories. It was great to meet up with Angie again – hope you enjoyed the Guinness? Also, Alan Howard, Jim Pearce and John Waters. 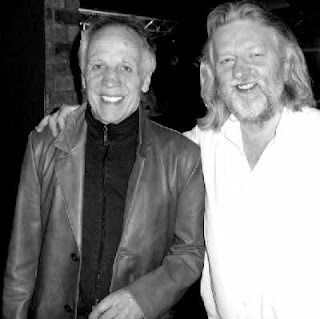 Thanks also to Dylan Clarke, Manager at The Brook,whose kindness and co-operation helped to make the concert special for my brother, John, and I. It’s a great venue with great staff and facilities. Just wish it wasn’t so far away. It will be hard to beat tonight’s concert, atmospheric crowd and venue.

Setlist: Twice Removed From Yesterday, Shame The Devil, For Earth Below, No Time, The Fool And Me, Roads To Freedom, Islands, Day Of The Eagle, Bridge Of Sighs, Rise Up Like The Sun, Victims Of The Fury, Gonna Be More Suspicious, Hannah, Little Bit Of Sympathy, , Too Rolling Stoned,Go My Way Another Time Another Place,

great site.Hope to see you at the Brook this year