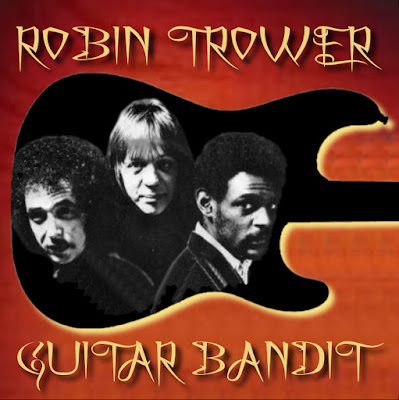 After playing with The Paramounts and Procol Harum in the ‘60s and early ‘70s Robin Trower recorded his seminal album "Twice Removed From Yesterday" in 1972. The subsequent tour in 1973 highlighted how far Robin had progressed as a guitarist, performer and songwriter. His second album, “Bridge of Sighs”, was certified gold without promotion of a single release. Future albums, and regular touring, continued to emphasize Robin’s guitar playing prowess.

Undoubtedly Robin is endowed with talents that include being a truly creative guitarist with a distinctive sound, and inspired song writing ability. Robin is one of the top guitar players of all time; up there with Jimi Hendrix, Eric Clapton, Jimmy Page, Jeff Beck, Rory Gallagher, and Peter Green [et al].

He possesses a rare power and spirit that has not been diminished by his long musical career. His music and playing continues to have an indefinable purity – blending blues, soul, funk, R&B, jazz, etc., with a passion and fire other musicians only possess in their dreams.

Recent tours and albums have proved highly successful in the UK, Europe and US, and Robin continues to ply his art with genuine feeling. I consider Robin to be one of the finest musician's to originate from England, and he is one of the few to make a big impact in the US. Some talented musicians grow into maturity and then decline swiftly or slowly. Robin isn’t one of those – he continues to mature musically, play with creativity and passion, and is an inspiration to musicians , fans and music lovers alike.

I believe Robin, on merit, deserves to be inducted into the "Rock and Roll Hall of Fame". Please cast your vote for Robin using the link below: 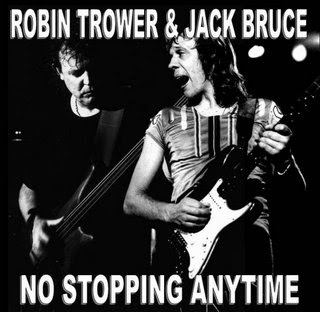 According to Jack Bruce the set list for the current short tour with Robin Trower will comprise all - or most - of the eleven tracks from their collaborative album, "Seven Moons". The rest of the set will include the usual "classics" from Jack, 'Politician,' 'White Room,' 'Sunshine of your Love,' 'We're Going Wrong.' Only 'Carmen' from "B.L.T." will be included in the set. It is disappointing Robin and Jack have elected to play again - live - the whole of the "Seven Moons" album which, I believe, has its share of unmelodious songs, and dismal lyrics.

Some of the songs from the "B.L.T." or "Truce" albums - both released in 1981 - deserve inclusion in the set, and would provide a much needed change in tempo, light and shade, during the performance. During the earlier short tour, the music was - at intervals - pedestrian. Robin and Jack possess the skill, virtuosity, and confidence, to create a set that highlights their collaborative body of work in better light. It is evident Jack's vocal delivery on some of the tracks 'live' cause him some difficulty; the keys to some songs have been changed to decrease the stress on Jack's vocal chords, and, indeed, overall health.

It's a shame Robin and Jack never found time in their busy schedules to tour together during the ' 90s. Whether the current concerts, and the album "Seven Moons," stand the test of time is anyone's guess. 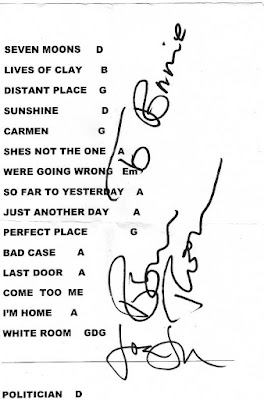 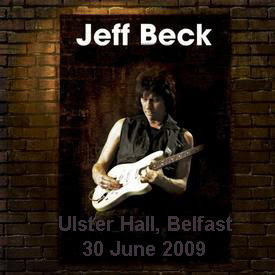 Belfast is anything but dull. The city centre oscillates between menace and refurbished high culture. The recently renovated Ulster Hall is a fitting venue for Jeff Beck's first concert in Ireland. The Victorian Hall has played host to some of the finest artists and groups to grace this planet, including Rory Gallagher, Taste, Led Zeppelin, The Kinks, and Fleetwood Mac with Peter Green.

I'm sitting in the sixth row - centre stage - I give in to nostalgia, and think of some of the great concerts I have experienced at this venue. I visualise the artists, and hear fragments of their music with each beat of my pulse. After the support act, I believe the absence of a vocalist will not be missed when the main act takes to the stage. The auditorium is silent, in semi-darkness; the stage looks larger. I gaze at the red backdrop which creates a sunken world of calm and expectation. The lights dim.


Tonight a sold-out audience is treated to an absorbing performance by Jeff Beck and his powerhouse of a band incorporating drummer, Vinnie Colaiuta; keyboardist, Jason Rebello; and bass guitarist, Tal Wilkenfeld. Time to forget the 'Credit Bubble', the Internet, DVDs, CDs, vinyl: most fans want to see their musical heroes in the flesh. And there is no substitute for the atmosphere, tension, and emotion, an inspired and engaging band can generate live in concert.

The success of Jeff's recent release, 'Jeff Beck: Performing This Week - Live At Ronnie Scott's' on DVD, Blu-Ray and CD, the celebrated performance at the "Crossroads Guitar Festival' in Chicago, 2007," Jeff's induction into the "Rock and Roll Hall of Fame" on 4 April 2009, and new management - Harvey Goldsmith - have helped to invigorate Jeff's career, and standing in the music industry.

Tonight, Jeff walks onto the stage dressed in black, with a white scarf draped around his neck, and cradling his cream and white stratocaster. The applause is deafening, heartfelt. I believe Jeff and the band are genuinely taken aback by the warm reception. The band starts the performance with 'Becks Bolero' and it is clear the sound balance is excellent, and each band member is crystal clear in the mix. Somehow, Jeff and his band make the music sound fresh, as if woven for the first time.

What makes a good performance? Perhaps, dialogue between the musicians on stage. While creating their own voice and space - each musician, tonight - seems to bend and shape the music to maximum effect, and the combined output goes straight to your emotions, your soul. Something, not all musicians achieve.

Vinnie and Tal begin the hypnotic rhythm to 'Pump', and Tal's bass sound is beautifully warm; you could listen to it all night. A lot of people comment on her playing - which speaks for itself - but the diverse tones she gets from her bass, amps, and effects pedals are astounding. During the sixteen-number set it is evident the deep intuitive skills displayed by Vinnie, Tal, and Jason, provide a strong canvas for Jeff to paint a colourful array of sounds from his guitar.

Jeff plays with warmth, finesse, and an impish quality which permeates the group, and creates an extraordinary bond with the audience. The band truly seem astounded by the warm reception after each song, and exchange smiles. A great version of 'You Never Know ' follows, which sets the high standard of musicianship, and sound, that Jeff and his band reach during the rest of the performance.

Who could not be moved by the sublime 'Cause We've Ended as Lovers' - beautiful sounds and melodies emanating from Jeff's guitar, and inspired soloing by Tal. It digs deep into the twilight room of the soul, creating a dizzy sense of magic.

Does music get better than this? I doubt it. During the set Jeff moves around the stage, sometimes changing direction when the music changes course. Periodically, he exchanges a cheerful smile with a fellow band member, and continues to play his guitar with a naturalness few guitarist's attain. Each song was a highlight.

Jeff and his band were visibly moved by the two 'five minute' standing ovations they received.

After the concert Jeff, Tal, Jason and Vinnie are generous with their time and in great spirits. The warm and passionate reception they received tonight will be just as engaging if they return to Belfast again. I hope they do. 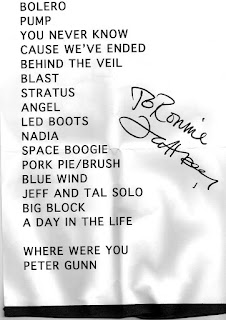 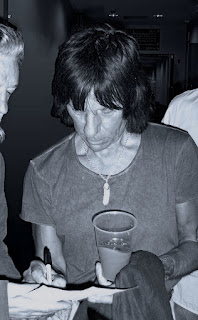 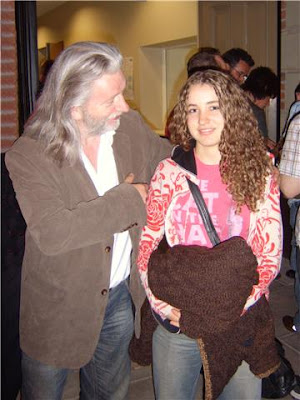 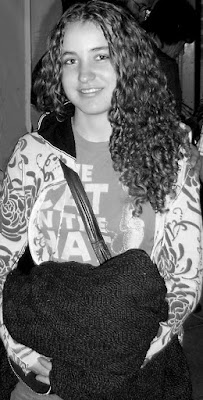 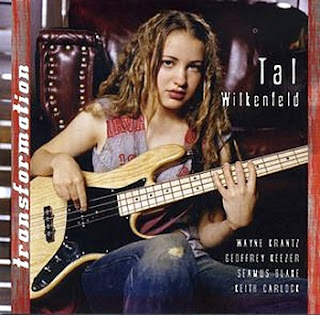