'Yeah ... Thank you very much for showing up, man, you all look really beautiful and outa sight ... And thanks for waiting. It has been a long time, hasn't it? ... That does mean peace not this ... Peace ... OK give us about a minute to tune up, all right? Give us about a minute' - Jimi Hendrix addresses the festival crowd - Monday, Aug. 31, 1970 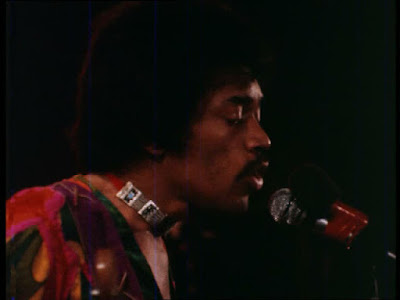 It is summer and I'm sixteen. I look down at my brother who is asleep on a small patch of ground. A patch of ground that has been our home for three days and nights. We have sleeping bags, some food and drink, body aches, and above us a dark blue sky patterned with stars and planets. Someone stole our tent the day we arrived. Our musical pilgrimage has included travel by ferries, hitchhiking day and night, sharing cars and vans with some people who engendered - within us - curiosity, terror, or both. Why such a daunting and exuberant journey? Well, to hear and feel music played by some of the greatest musicians and bands ever to grace this planet.
Despite negativity in the media regarding management of the festival, unrest amongst fans, overt commercialization, drug dealers, heavy security, the attendance of Hell's Angels and so-called anarchists, I feel instilled in a carefree happy environment. The vibe is cool and the people in our vicinity are friendly and - like my brother and I - are engrossed in the diversity of music and performers. Everyone enjoys gazing at other people in the crowd: mainly at clothes, painted faces, hair, partial nakedness.

As I walk through the crowd I regain energy from the music weaving through the air. The sounds of acoustic guitars, drums, singing and chanting bring a sense of joy and comfort. The human landscape of multi-coloured clothes, tousled hair of every shade and length, and pretty girls - some dancing in erotic fashion as the evening sun glints in their hair - arouse delight and passion within me. The mood and smells are intoxicating. I suddenly wish to be older. Finding my brother, and our mutual space, is aided by our closeness to the stage, and the positioning of numerous flags rich in diversity and colour which act as an aide-mémoire.

Most people have witnessed memorable performances by Taste, Free, Chicago, Family, The Who, Jethro Tull, Miles Davis, The Doors and other artists: music of all genres played by superlative musicians and bands. Days and hours of invigorating music and beautiful images fill our minds, hearts and souls. Utterly magnificent and indescribable.

It is a cold dark morning. A collective cry of joy and relief raises from the crowd (circa 600,000) as Jimi's arrival on stage is announced. 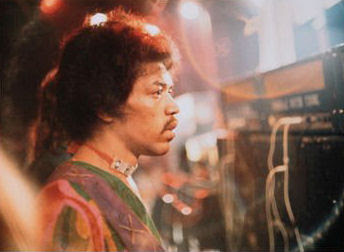 Shortly after 2.00 a.m. the eyes of those lucky to be awake and standing are centered on one individual walking towards the front of the stage. Jimi Hendrix is dressed in a colourful garment with long trailing sleeves. He is cradling a black and white fender stratocaster. There is no crush or discomfort: just lights, colours, darkness, people waking, coughing and rubbing their eyes. I try to wake my brother. Gradually, he opens his eyes and sits motionless. I tell him Jimi Hendrix is on stage. My brother rubs both his eyes and attempts to stand with some difficulty.

A calm cold beauty descends as I gaze at this amazing human being and his backdrop of daisy-chained Marshall stacks. For a moment I'm fearful of tumbling, being crushed, or losing my brother, as people start to move closer to the stage. I think of some of the inventive music and guitar solos Jimi has created. The first time I heard "Purple Haze" is ingrained in my memory. How could someone compose such a sublimely inventive and haunting song? The opening riff using tritones is unforgettable. I can hardly grasp that I 'm going to witness Jimi Hendrix in concert for the first time.

Music, to my mind, is an emotional roller-coaster to be experienced live: to be captured with your eyes and ears, and if it fails to change your emotions and feelings then move on to music that does. A live performance cannot be captured on vinyl, video, CD or DVD, etc. Such mediums fail to convey the potpourri of images, colours, sounds, vibrations and volume which make your inner being glow. 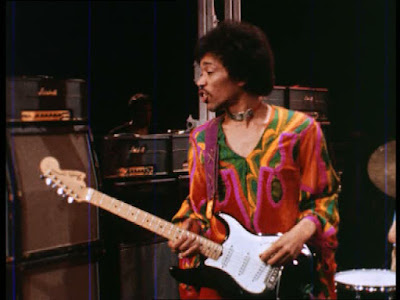 As Jimi speaks, sings, plays his guitar, the crowd watch in silence mesmerized by his magical charisma, stage presence, mercurial rhythms and soaring solos. I cheer and shout - like most people - after each song. My tiredness replaced by immense energy (I can't remember the last time I rested or slept). 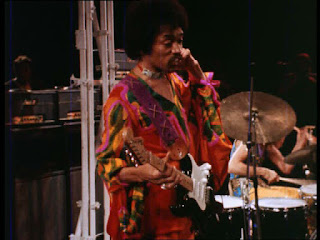 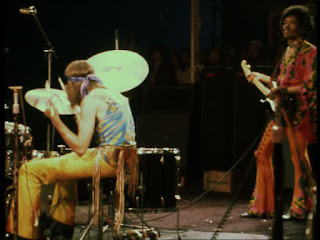 The frost melts as Jimi plays "Spanish Castle Magic". It sounds like a hot bright light breaking through the black, blue and white formations created by the stage lights. Jimi's guitar playing reaches a higher level: soaring, electrifying, intense. His vocals are full of sensuality and power, and during the final solo his guitar sound becomes surreal - distortion and feedback combine to create an expansive dreamy sound. 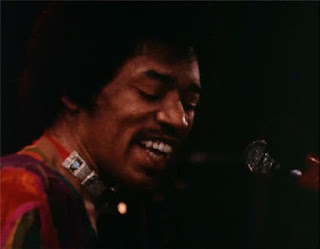 While it is evident there are technical problems with Jimi's amplification, pedals and guitars (mostly going out of tune) his voice, phrasing and guitar playing are, at times, exceptional and soul-stirring. He establishes rhythms that are startling and utterly original. Jimi sings "All Along the Watchtower" passionately. His soloing is enhanced by feedback and infectious interplay with Billy Cox on bass. I believe Jimi is blessed to have Mitch Mitchell on drums and Billy Cox on bass as his rhythm section. They bring out the best in Jimi. Mitch shows he is an imaginative and multi-dimensional drummer, and Billy plays fluid and tight, with a deep intuitive skill, matching Jimi pattern for pattern. Jimi's playing is remarkable as it takes different twists and turns.

The patterns weaved by Jimi and Billy Cox are hypnotic during “ Machine Gun” and once again Jimi creates some outstanding runs and sounds. Jimi plays soft, raw, loud, continually bending and moving in the direction of the sound he is trying to create. At times it appears to be a struggle and there is a haunting tension and passion in his playing. Then the rhythm changes and the trio synthesize again to paint a different musical landscape. 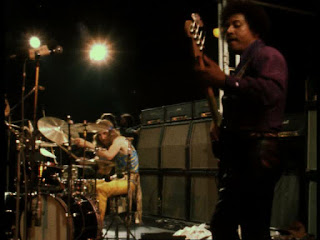 Adorning a Flying V Jimi plays a powerful yet turbulent rendition of “ Red House”. I watch and listen as Jimi deliveries his guitar phrases and vocals with a wrestling intensity. It is great to hear new numbers: “Freedom,” ”Dolly Dagger” and “Hey Baby (Land of the New Rising Sun)”. 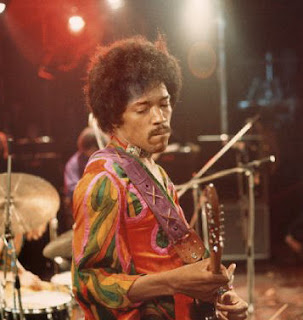 Jimi pulled a blistering version of "Voodoo Child (Slight Return)" out of the bag. His guitar sounded heavily distorted and the notes rained down sprinkled with Jimi's unique creative powers.

For Jimi, the band and some of the audience - who were awake and standing - the show may have been uneven. All I know is that Jimi's performance at the festival shook and moved me and that for a while I was wrapped in its warmth and magic. I was shocked - similar to millions of people worldwide - when news of Jimi's death was announced on September 18, 1970, and facts surrounding his physical and emotional health were released.

I still believe Jimi's set was the defining moment of the festival. His set showed an innovator and experimenter reaching out to his audience with his musical genius.  For those fortunate to come of age during the 1960's Jimi Hendrix raised the bar and brought unparalleled power, sensuality and sustained resurrection to guitar playing, song writing and performance. He exuded a contagious charisma and spirit rarely witnessed by any musician, past or present.

No one but Jimi Hendrix knows what his state of mind was during his last month on this earth. I believe, however, he had new horizons to explore musically, emotionally and spiritually. It is often forgotten that while Jimi was a guitar virtuoso, and an instrumentalist of profound influence, he was also an incredibly gifted, first-rate songwriter. Jimi's musical genius will continue to astound future listeners' as long as music exists and his memorable riffs, songs and lyrics will reverberate wherever sound can be heard. 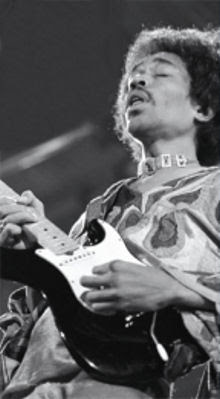