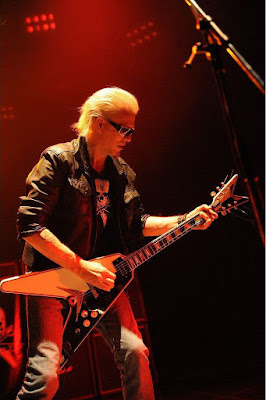 This performance was recorded on 13 January 2010 at the Nakano Sun Plaza, Tokyo during the band's 30th anniversary tour of Japan. Michael is joined by Gary Barden (vocals), Simon Phillips (drums), Wayne Findlay (guitar, keyboards, vocals) and Neil Murray (bass). While the audio and visuals are great, the lighting and fast alternating camera shots are disappointing, at times. The overall performance of the group, however, is astounding given that the tempo barely slackens during the entire 1 hour & 35 minute concert.

Gary's vocals are gritty, smoky, and one tends to wonder if his voice will hold out until the end of the show. I'm not a fan of hearing an audience sing the chorus of a song(s) while the vocalist temporarily takes a back seat, holding his microphone in their direction. It can be great for those attending the concert but frustrating for those watching & listening to the performance on DVD. Gary does make it to the end of the concert and he is refreshingly unpretentious. It's not an easy task for a rock vocalist to sing with such passion, vitality and feeling while seeking to be heard above the extensive volume produced by a band on stage.


The DVD is worth it alone for the renditions of 'Let Sleeping Dogs Lie' (Michael's soloing and the ending are outstanding, melodic and mind-blowing), "Cry For The Nations", and "Lost Horizons". Some of the tracks and guitar playing (aka "On and On") may be slightly superior on the Japan DVD released in 1995. Nonetheless, this quality DVD provides further proof that Michael is an excellent guitar player and musician who remains greatly underrated and widely imitated.

Simon Phillips is a revelation on drums. His diverse and refined rhythm patterns accompanied by Neil Murray's superb bass playing and sound create strong pulses that give the overall music extreme energy and passion. Michael's soloing throughout the concert highlights that his unique guitar tone and playing remain a joy to behold. It's good to see Michael back on top where he belongs. Wayne Findlay, whether he is playing guitar or keyboards, is an excellent musician in his own right. His input is essential to the sound and music of the MSG. His imaginative playing and feel are integral to the charm and brilliance of this exceptional concert.

The extras include an interview with each band member, a group rehearsal, and backstage shots which include Michael adjusting his amp & pedal settings, and meeting a crowd of exhilarated fans. This DVD is a must for fans of heavy rock and virtuoso rock guitar playing as displayed throughout the concert by Michael Schenker. 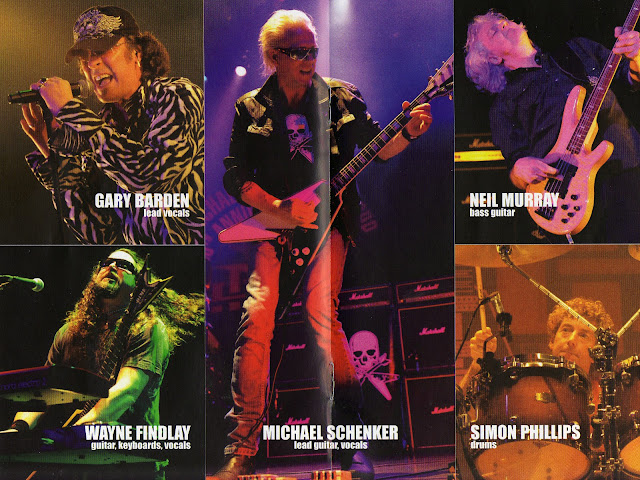 Hard, heavy, metal rock - call it what you will - is a genre that doesn't just belong to the '80s as some musical commentators espouse. It continues to attract a large enthusiastic following world-wide (young & old) which ensures it is as relevant today as it was yesterday. Diverse music forms, for example, blues, jazz, R&B, rockabilly, country, classical, are still played with passion and relevance. As an art form, metal, hard, heavy, rock has the right to be treated with as much respect and value as other types of music. And it should be played loud. Listen to it before it's too late. 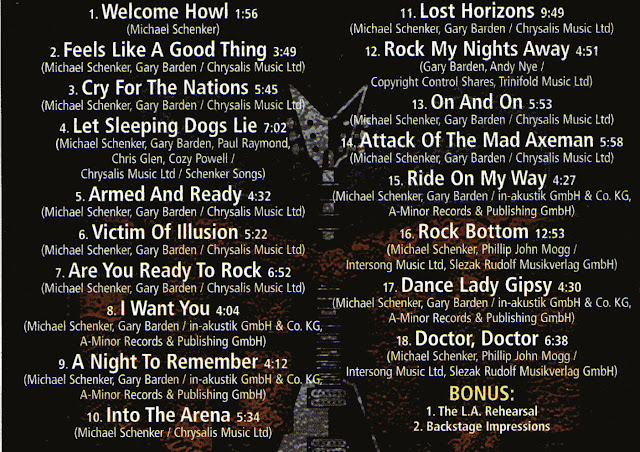