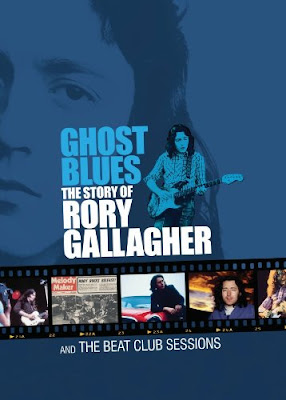 A two-disc DVD titled Ghost Blues and The Beat Club Sessions was released on 20 September 2010 to celebrate the life and work of Rory Gallagher. While Rory was a consummate, charismatic, passionate musician and performer, I disagree with those who believe Rory never made a 'definitive' studio album. I still have fond memories of his first solo album Rory Gallagher (1971), his second album Deuce (1971), and Against the Grain (1975). Quite outstanding albums: full of diverse, remarkable songs; proof that Rory was a guitarist and songwriter of the first order.


Disc One: 'Ghost Blues'
The Story Of Rory Gallagher

The interviews with The Edge and Bill Wyman are interesting and engaging. Most of the concert footage will be known to Rory's many fans. The documentary contains little of Rory's early childhood, his favourite novels, films, how he relaxed, etc. It is sad that Rory is no longer alive to write an autobiography covering his life, personal vision, ambitions and music. Hearing it second-hand from some individuals who barely knew Rory, is, to say the least, disappointing.

I remember first hearing 'For The Last Time' on the radio one night in 1971. It was the initial track I heard of Rory's first 'solo' album. The track had an atmospheric pulse, wonderful bass sound and patterns. However, it was Rory's singing, guitar tone and potent soloing which held my attention. He seemed to be pushing himself to the limit with each passionate phrase and revealing fresh depths to his playing and song writing.

The level of inspiration, songwriting and musicianship throughout the album is exceptional. Five songs: 'I Fall Apart', Hands Up', 'For The Last Time', 'Can't Believe It's True', and 'Laundromat' are extraordinary songs: strong melodies and superb soloing on guitar and saxophone.

The early seventies, without doubt, opened up a new phase of creative songwriting and guitar playing for Rory. I just wish that 'live' versions of 'I Fall Apart', 'For The Last Time', Can't Believe It's True', and 'There's A Light' had been included in this package.

Another session during this period may have delivered these songs. Anyhow, there are many highlights to enjoy, and the version of 'Messin’ With The Kid' is a remarkable climax to the recordings. Rory's music still glows with unflagging integrity, spirit and passion. Not all professional musicians can say that and be taken seriously.

A package worth it just for the 'live' footage of Rory from The Beat Club. An outstanding tribute to a gifted musical artist. Difficult to watch without tears of admiration for a genuine musician who played with so much heart, warmth and intensity. 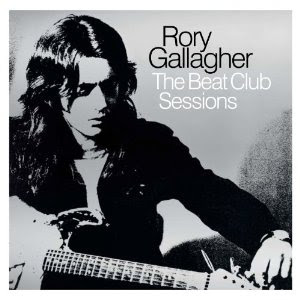