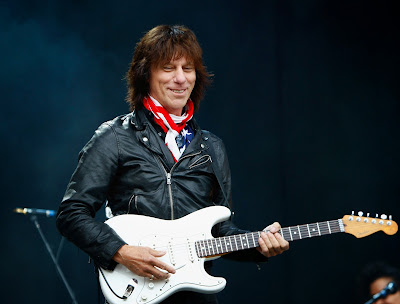 The next phase of Jeff Beck's musical career and vision incorporates changes to the personnel in his band. On his refreshed website Jeff reveals his wish to explore unique and fresh musical territory. Rehearsals, recording, and recent 'live' performances feature an interesting line-up of musicians: Rhonda Smith on bass, Jonathan Joseph on drums, Lizzie Ball on violin, and Nicolas Meier on guitar.

Jeff's follow up album to Emotion & Commotion (released in April 2012) has still to be finalised and a release date announced. However, to mark the beginning of Jeff's World Tour in Japan a three track CD titled Yosogai was released on 5 April. The tracklisting includes: "Loaded," "Why Give It Away" (featuring Sophie Delila), and "Danny Boy" (featuring Imelda May - recorded live at The Moody Theater, Austin, TX). Click on the album cover to listen to track samples. 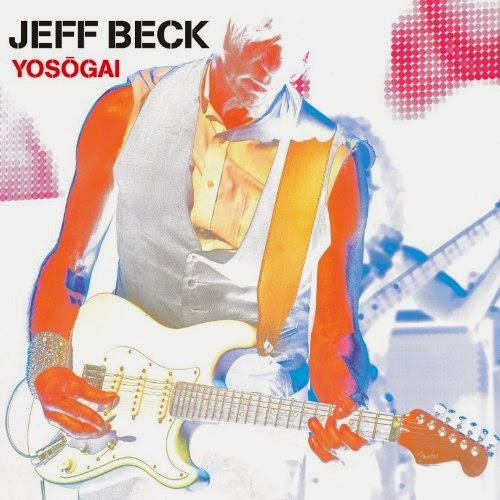 As part of his forthcoming 'World Tour' Jeff and his new line-up will play seven shows in the UK & Ireland.

I'm surprised that Jeff's 'new' band has a second guitarist albeit of the caliber of Nicolas Meier. No doubt Nicolas' guitar style and inventiveness will prove fruitful during the rehearsal and recording stages. I prefer Jeff with a rhythm section of drums, bass and keyboards - a line-up sound that has a different voice. One that suits Jeff's lyrical, graceful and compelling guitar virtuosity.

I hope the music on the forthcoming album is inspirational and emotive and meets Jeff's expectations of producing a distinctive sound. Jeff recently talked to Rolling Stone magazine about the new album, his collaboration with Brian Wilson and the possibility of working with Jimmy Page.