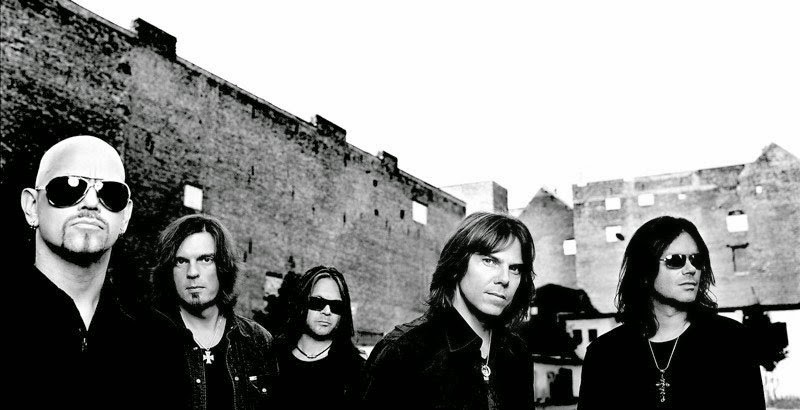 Thank God for rock bands like Europe. The band are bringing their atmospheric, melodic and energetic music to the Ulster Hall, Belfast on 3 March 2015. Their superlative performance at the Sweden Rock Festival on 7 June 2013, in front of 30,000 people, is proof that the band have entered a highly creative and inspired musical phase.

Most musicians and bands reach an impasse, sooner rather than later. It takes self-determination, spirit, vision and genuine talent to invigorate a career that alternates between highs and lows and the breakup of a band. Presently, Joey Tempest is singing with supreme range, power and stamina. And guitarist John Norum is a truly talented musician who plays with great artistry, superb tone and inspired phrasing.

The 'Live and Loud' Tour coincides with the release of a new album "War of Kings" in the UK on 2 March 2015. The album is being hailed as Europe's strongest record in years and contains some of the band's best creative work. A powerful reminder that Europe are capable of rock-music making of the highest order.

Joining Europe on the tour are Black Star Riders featuring Scott Gorham (Thin Lizzy) and Ricky Warwick (vocals/guitar) who was born in Newtownards, Northern Ireland. The Belfast date should be a memorable gig for Ricky. Black Star Riders set will include songs from their new release "The Killer Instinct" and Thin Lizzy. Special guests on the bill are all-girl rock band The Amorettes.


Postscript: Unfortunately, some artists and bands fail to include Belfast or Dublin on their gig schedule when touring Great Britain. This deprives music fans of witnessing their favourite group in performance. Travelling to a concert in England, Scotland or Wales may not always be possible for music fans by reason of financial or health issues.

I have been lucky to attend concerts in many wonderful indoor music venues in Ireland, the UK, Europe and the United States. I can honestly say that the Odyssey Arena in Belfast qualifies as one of the worst venues I have had the misfortune to experience. The acoustics, seating, and security personnel [sic] verge on the abysmal. The management encourage irresponsible drinking during concerts which is both disheartening and inappropriate. A venue to be avoided unless you're already inebriated or have complimentary admittance.
Posted by Ronnie Kerrigan at 13:26
Labels: Belfast, Black Star Riders, Europe, Ian Haughland, Ireland/UK Tour Dates 2015, Joey Tempest, John Norum, Jon Leven, Mic Michaeli, Odyssey Arena, The Amorettes, Ulster Hall, video, War Of Kings
Newer Post Older Post Home